seat：HOME> ABOUT US> Company Overview 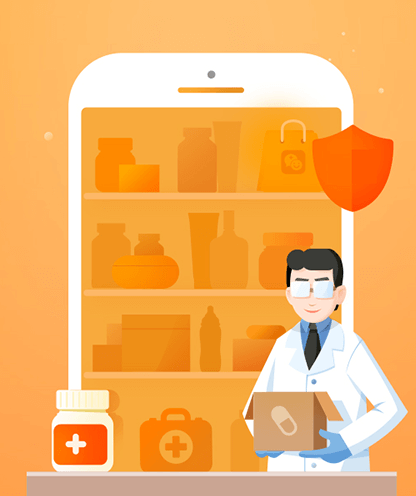 As of the end of June 2020, the number of registered users of the platform had reached 346 million, while the number of active users had surpassed 67 million, making it the largest mobile medical application in China based on user coverage. Through its proprietary AI-based medical system, the Company assists its in-house medical team of more than 1,800 members with the provision of 24/7 one-stop medical services to users, including online consultations, referrals, registrations, online drug purchases and deliveries of drugs in just an hour. It also delivers diversified and one-stop membership service products via its in-house medical team.

The Ping An Good Doctor app was officially launched in April 2015. In December 2017, Ping An Healthcare and Technology Company Limited received a pre-IPO investment of US$400 million from SoftBank Vision Fund L.P., which is owned by Masayoshi Son. On May 4, 2018, the Company was listed on The Stock Exchange of Hong Kong Limited under stock code 1833.HK, and was cited as the world’s largest healthcare technology stock. In April 2020, the Company’s total market capitalization exceeded HK$100 billion, and in September 2020, it introduced a sub-brand, namely “Ping An Doctor Home”, which offers upgrades to four major service areas, specifically Private Doctors, Doctor Virtual Office, team of doctors and guaranteed insurance. The move aims to build a dual platform that serves both patients and physicians. In October 2020, the Company launched “Online Comprehensive Medical Care” – a first of its kind in the industry, which directly addresses the pain point of “trust” between doctors and patients, representing the largest and most comprehensive protection system in the industry.